Known as penoplasty, the operation lengthens or enhances the girth of the penis, and several plastic surgeons who perform the procedure said men were opting for the surgery to boost their self-esteem and confidence. However, they warned that a decision to have the procedure should not be taken lightly.

The emirate’s booming cosmetic surgery industry, where a plethora of clinics give prospective patients the option for almost any number of potentially life-changing enhancements, is set to keep growing, with authorities planning to attract half a million medical tourists in six years. 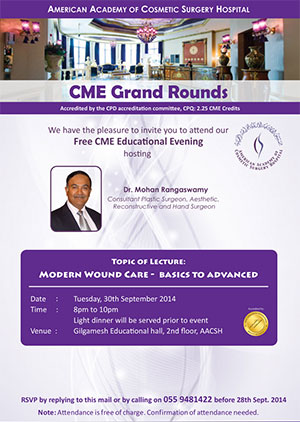 UAE under-5s at risk from burn injuries in the home

Nearly a third of patients in a hospital’s burns unit are under 5, four fifths of those treated for scalding are children and nine out of 10 parents do not know how to apply first aid to burns.

The alarming figures prompted new warnings to parents on Monday to keep young children away from objects and substances in the home that can burn or scald.

UAE under-5s at risk from burn injuries in the home

Doctors at the private Welcare Hospital in Dubai reconstructed the hand of a poor Nigerian social worker in a free, 13-hour operation on Tuesday.

“My joy knows no bounds,” said the patient Inalegwu Ajonye, 34, from Nigeria. He said his right hand – besides parts of his face and shoulder – had been disfigured in a car crash in his home country. With no recourse to proper treatment, his condition deteriorated and his hand was rendered dysfunctional.

A rare very severe case of elephantiasis due to lymphedema [absent lymph vessels leading to lymph accumulation in the lower limb] was treated successfully by Dr.Mohan using multiple modalities. The surgery has been life changing to this lady.

The elderly and infirm often develop pressure sores which then forms a significant malady for them often even contributing to their ultimate demise. Tehse sores form due to unrelenting pressure on specific parts of the body. WE constantly make micro-movements to avoid sustained pressure on any given area. however if the person cannot make such micro movements, they must be turned frequently and be provided special pressure reducing mattresses etc. Here the adage prevention is better than cure is most apt.

If such sores do occur, plastic surgeons are best equipped professionally to advise on further care and perform even surgery in selected cases. Teh newpaper report relates one such case in a 100 year old lady with a massive presure sore…

Treatment of a horrific facial accident in a female model

Burns on the face can be devastating especially if facial appearance is a professional requirement. Timely, dedicated and innovative treatment can significantly reduce the impact of these disfiguring injuries. Long duration of diligent after-care is particularly important in such cases.

Amputated limbs and parts can be re-attached in a special surgery called microvascular re-implantation. When a part is cut off, the part actually dies due to its blood supply being cut off. Some organs cannot tolerate this for very long and will die. however there are many other tissues and organs that can actually survive in a state of limbo till blood suply is restored. This period is called ischemia time. If the part is cooled, this ischemia time can be lengthened. It is best if the part is kept close to 0 degrees C but should not freeze….

Hence it is best to clean the amputated part with clean mineral water form a freshly opened bottle or prefably sterile saline. no chemicals or antiseptics should be used. The part is then put into a clean plastic bag, sealed and packed with ice all around. Thus it should be transported along with the patient to the nearest center equipped and staffed to do this type of surgery.

Dr. Mohan Rangaswamy is trained in microsurgery and this report describes one among many such cases done by him.

A newspaper clipping about using caution while choosing what to put into the lips for lip enlargement/enhancement. There are 25 different fillers on the market, some are definitely safe as borne out by time and usage in thousands of cases whiel others are definitely problematic and are not recommended by professional doctors. A lot of illegal lip filling goes on in diferent parts of the world either using non-approved agents or by inappropriate/unsterile technique. Serious harm could result. Dr. Mohan Rangaswamy advises caution while choosing the agent and the practitioner… 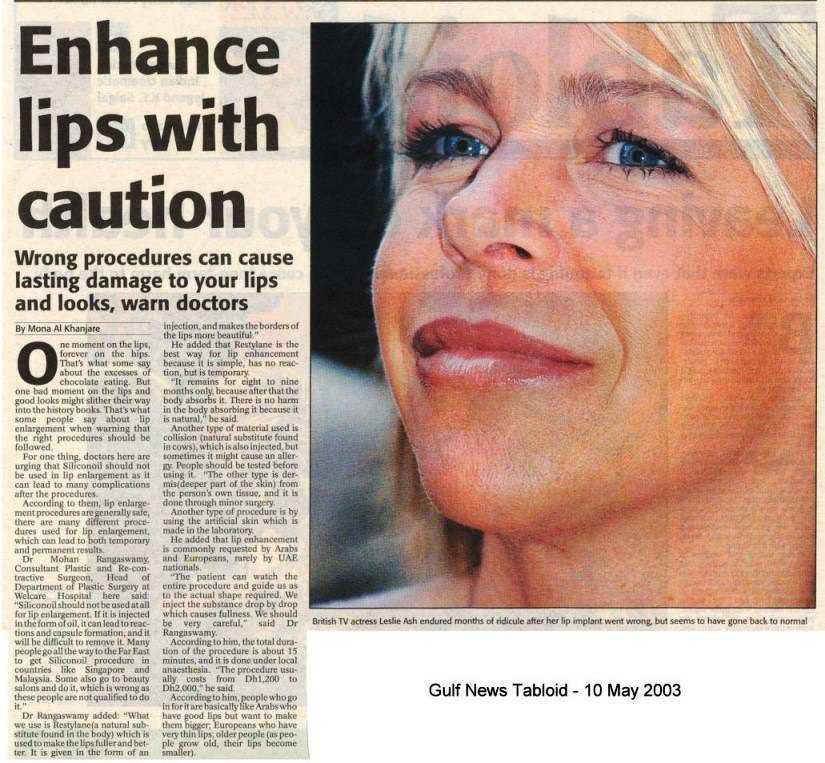 A finger, an entire hand, the ears, genitalia.. any of these parts can sometimes get accidentally cut off [or even criminally]. The part that has been severed loses its blood supply and technically dies. However, unlike the brain or heart that cannot tolerate lack of blood supply beyond a few minutes, other parts can stay potentially salvageable for several hours especially if cooled. Most of the peripheral non-viatl organs can tolerate 6 hours of ischemia [lack of blood supply] in room temperature but up to 24 hours if cooled to 4-6 degrees C. Read the report about such ‘miracle’ surgery 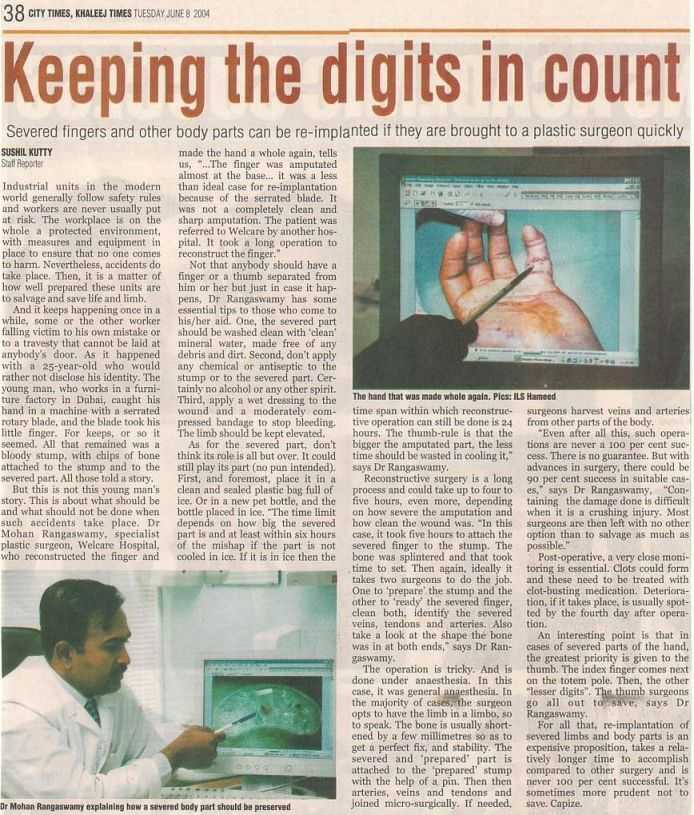 Read the Q & A’s that the doctor answered on allexperts.com where he was an approved expert until he chose to leave the forum due to time commitments. These questions came from different parts of the globe. All the Q & A’s can be found on the net by following the links or using the search combination of Dr.Mohan Rangaswamy and allexperts.com.

Reaching out to the people and imparting health education has been an important priority for Dr. Mohan. See a picture of his radio show. 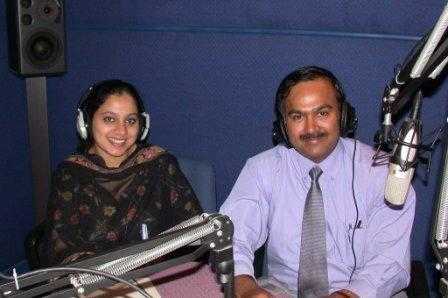